Out of place Surry Hills photo

Yes, this belongs on The Other Blog, but I am giving you a taste of what’s coming up to encourage you to go there. 🙂 It was taken this afternoon on my way to tutoring.

There’s a little plaza on Chalmers Street at Central Station that is dedicated to South America. The busts are various national heroes, such as Simon Bolivar.

I do not take photos as a tourist, but as a part of the streets where I live. I see such things day to day, and want to share the moments with you, not necessarily to say anything. This gives me pleasure. I hope you catch some of that…

See also Photography and I.

Comments Off on Out of place Surry Hills photo

Last night’s episode of The First Australians was a revelation to me, as I knew virtually nothing of the stories it told. (This had not been the case with episodes 1 and 2.) For this I am very grateful, because the story it told was illuminating, powerful, sad but also hopeful and uplifting, and utterly human. What more can you ask of a historical documentary, aside from essential accuracy, of course, and from the degree of fact-checking I have been able to do the episode passes rather well.

The threat of extinction hovers over the first Australians of Victoria at the time Wurundjeri clan leader Simon Wonga seeks land from the authorities. He soon gives up and leads his people to the banks of the Yarra River, claiming a parcel of land Coranderrk. With the help of a Scottish preacher, and inspired by the farming practices of the settlers, the community prospers – until the authorities step in and resist self determination. 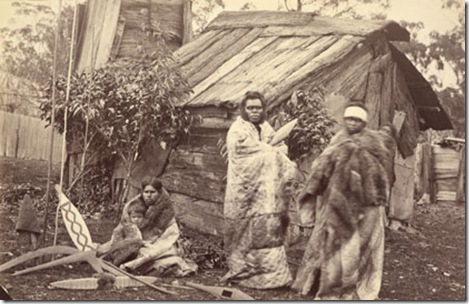 It was also a Tale of Two Missionaries. On the one hand was Presbyterian* John Green, whom Bruce Pascoe [you MUST visit that] described as a rare person for his day, a man totally without prejudice. If ever Presbyterians took to canonising people, Green would be a fine candidate, along with such other Presbyterians as John Flynn, founder of the Flying Doctor service. On the other was an iron-willed German Moravian Pietist, who seems to have been everything you were afraid a missionary might be. There is of course a lesson here for all who lazily characterise missionaries and their connection with Indigenous Australia on the basis of prejudgement for or against religion. Look at individual cases and try not to generalise on ideological grounds one way or the other. I personally knew, in my youth, a Presbyterian missionary to the Wik Munkun in Aurukun who was a steady if unheeded voice for her charges against the depredations both of aluminium interests and the Queensland and Australian governments.

It was also a tale, not by any means meant to comfort creationists, of the pernicious impact of social Darwinism in the later 19th and early 20th centuries.

It was also a tale of the dead hand of bureaucracies.

It was in fact many tales, all of them worth noting.

Above all it was the tale of Wonga and then Barak, and the enthusiasm many had in the program for the right of these men to our memory and respect was, I think, quite unanswerable.  But is was also the tale of a wonderful Presbyterian lady in Melbourne, Mrs Anne Bon (1838-1936), who allowed Barak and his petitioners to camp on her front verandah and didn’t give the proverbial rat’s arse — though she would have never used such an expression — for what her respectable neighbours thought about it, making sure Barak had the ear of the Premier of Victoria.

It was also sadly a tale of opportunity not followed up, of what might have been. It is rather ironic, as I found via Wikipedia which has a little — very little — about all this that Coranderrk was eventually in 1950 sold up as soldier settlement lots. Now there was a well-intentioned but generally tragic story… But that’s another tale altogether.

Full marks, too, to SBS for making Australian History anything but boring. All these stories had life, passion, flesh and blood. Well done!

* Visit there for a list of great Australian Presbyterians. You may be surprised.