You may have guessed from the previous post that Sirdan took me to the Opera House last night to see Aida. 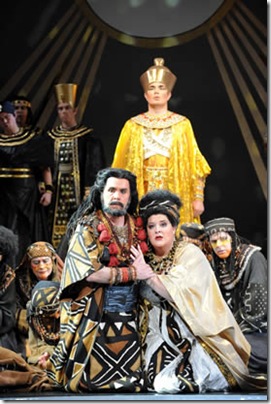 Excellent it was too. The Pharaoh was played by David Parkin, winner of Operatunity Oz at age 27. Rosario La Spina was extremely good in the role of Radames. Claire Rutter played Aida, and Elizabeth Campbell was Amneris. I was taken by Warwick Fyfe as the King of Ethiopia.

It was often said that it would be impossible to mount Aida at the Opera House as the interior was so compromised when the bureaucrats took over the project mid-stream – a situation that apparently is to be corrected. We ended up with a shoe box instead of a grand opera stage, you see, as the planned concert hall morphed in a moment of bean counting into the Opera Theatre it was never intended to be. Nonetheless, Graeme Murphy has done the impossible with his usual flair, and even if large parts of the cast occasionally sang from somewhere off stage in the mass spectacles the result was spectacular still. There may even be a plus: the “smaller” moments were thereby highlighted. Come to think of it, I’m not sure a cast of thousands and live elephants pissing all over the place would really have added much.

On the way I was distracted… 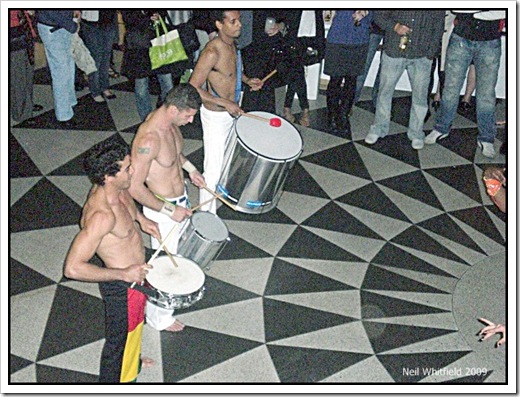 As we left an old SBHS colleague Dallas Watts joined us. Turns out he was in Aida. Amazingly quick change back into civvies!