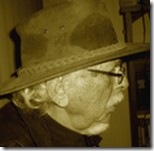 Do not maintain anger or hatred… Learn to look at other beings with the eyes of compassion. Thich Nhat Hanh.

Thoughts on life, books, and many things from a grumpy old man and recovering pontificator in Surry Hills, Australia. Just doing my thing…

A suite of blogs

My blog works like this: consider this as a suite of blogs, or even as a single blog. Each section has its purpose.

Each blog has its purpose

[New Lines from a] Floating Life (this blog)

This is the newest. It is comparatively rant-free, comments excepted, and quite personal in tone. I think it will grow on you. I am quite fond of it. It is now the lead blog in the suite, the most often updated. Read more about how it came into being, and why it has an archive going back to 2005 even though it started in December 2007 here.

Formerly titled Old Lines from a Floating Life: ran from early April 2006, winding down at the end of November 2007. Its many pages (listed also here in a special page) are still very much part of the whole suite though some have moved lately to:

On the URL of the old Oz Politics, Ninglun’s Personal Papers was for a while a blog of pages bringing together material from several other blogs in a more logical sequence. Floating Life Sans Words, a defunct blog of  mainly visual presentations, has now been incorporated into Ninglun’s Specials. Lately it became a photo blog, and has more recently evolved into a place for odd bits and bobs posted occasionally, with its pages being the main thing. In the pages you will find much family history.

With the 2007 HSC this blog outperformed all the others, with over 500 visits in the WordPress count in one 24 hour period. (In 2008 the same phenomenon yielded over 1000 visits in one day!) It is very much a resource centre for students and teachers, but has, I hope, some content of interest to all.

Why Floating Life? Why "Ninglun"?

The blog title is an allusion to a Chinese book: Shen Fu’s Six Chapters (Records) of a Floating Life, a beautiful book from 18th century China — lovingly brought into the present in Nicholas Jose’s The Red Thread. The name "Ninglun" is a Mandarin approximation of my real name (Neil); I like it because it happens to mean "peaceful discussion". Even if my rants are at times a touch loud… From March 2008 I began to sign posts "Neil"…

OzPolitics rated me as more left than I thought I was. Surprised me just a bit…

I was a teacher for just on forty years but am now retired, aside from some casual work and/or coaching. I was until recently a teacher of English as a second language, and my English and ESL blog reflects this interest.

You may also visit a small blog, Ninglun’s Journalspace, which revived during a crisis here in September 2008. Then Journalspace collapsed, losing all the posts. Now it is back on a WordPress interface, and I have made it a photo blog supplementing the other one. The photos are unique to this blog though.

One response to “About”