A couple of years back my former Sydney University boss Ken Watson recommended Jasper Fforde to me. 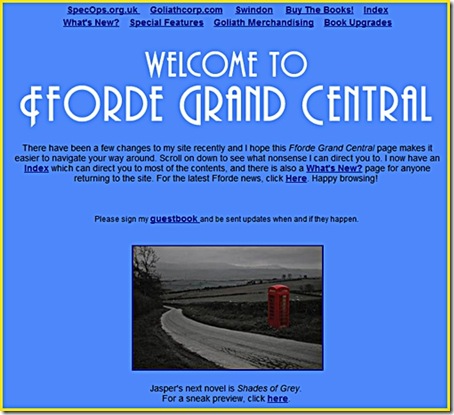 Now at last I have read one of his amazing books, The Well of Lost Plots.

Busy day, late – and last archive pick for a while

Though I may add some on Ninglun’s Specials later. I do have around 40 Mb of archive to choose from.

I went searching, just to lighten up, for some really nice gay jokes. You know, not filthy or demeaning… Um… Well, there is this, with the usual apologies if you’ve heard it…

What a drag it is getting old…

When I went to the bar tonight, I noticed this old boy about 75-80 years sitting all alone in the corner and he was crying over his cocktail.

I stopped and asked him what was wrong. 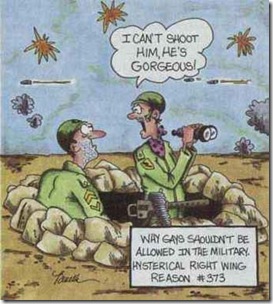 He said: "I have a 22 year old lover at home. I met him a month or so ago, right here in this very bar!" He continued; "He makes love to me every morning and then he makes me pancakes, sausage, fresh fruit and freshly ground, brewed coffee."

I said: "Well, then why are you crying?"

He said: "He makes me homemade soup for lunch and my favorite brownies and then he makes love to me half the afternoon."

He said: "For dinner he makes me a gourmet meal with wine and my favorite dessert and then he makes love to me until 2:00 am."

I said: "Well, for goodness sakes! Why in the world would you be CRYING!"

And he said: "I CAN’T REMEMBER WHERE I LIVE!"

Then there’s this site, whose owner states: First of all, I’m gay, so you know there aren’t going to be ANY anti-gay jokes here. Second, if you’re under the age of 14, get off the net, so I don’t have to censor my page. Third, these are all pretty clean, but still; proceed at your own risk, you’ve been warned. I’ll let you explore that on your own. He has "I support John Kerry" banners as well…

Fear not, brothers and sisters!

You can beat your addiction!

Just say no to social media!

Are you one of the millions of people whose lives have been ruined by a never-ending torrent of tweets, friend requests and ‘Which kind of pasta are you?’ quizzes? Then it’s time you joined the Social Media Addicts Association.

SMAA is run by reformed social media addicts who all had the courage to stand up and admit to their problem. Will you stop poking people you haven’t seen since college, and join us?

This entry is being written by a dictation in speech recognition. It is quite a strange experience:  composing an entry this way you have to speak very clearly.  It is not perfect as it often misinterprets what I say. For example, “in absurd ways” came up as  “in the ad showed why he’s” and then as “the ads so the lights”!

But I am told that the computer will gradually learn to recognize my voice and my pronunciation. The hats and Australian accent (which is the computer’s version of “Perhaps an Australian accent”) is rather challenging for the poor thing. Still I suppose it is amazing that it works at all. The last three words were “works at old” until I said all in a slightly American accent!

But if I say very clearly to the computer “Open Windows Live Writer!” that’s exactly what it does. I typed that bit so the poor thing would not have a breakdown, as Live Writer is already open of course.

Now to see if WordPress is back online…

Posted by Neil on August 23, 2009 in computers, diversions

See Sunday Floating Life photo 27. So I decided to go all arty and try some old and new filters and such.

Posted by Neil on August 11, 2009 in diversions, photography, Sunday photo

This is a weird post, but is a reflection on the changing population of Australia. It was also inspired by a vent on Thomas’s blog which he has thought fit to withdraw since. It would appear Thomas had an unpleasant olfactory and visual experience recently… 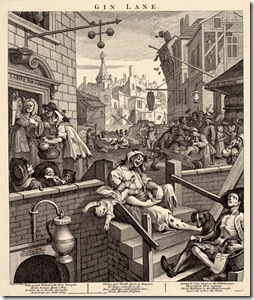 Funny in a way, as I had a run-in with the Rabbit a few years back on this very subject: More of the same; on bogans present and past. I cited the famous Hogarth picture on the right as evidence of the source of the bogan culture in Australia. 😉 Moralising rather too much I noted:

Yes, I see bogans every day; they move through Surry Hills and Waterloo day in and day out. They haven’t all moved out to the south-west. Over time I have learned to discern that there are gradations and subtleties here as much as anywhere, and that sweeping generalisations are really out of place. I also grew up among bogans; back in the 50s Sutherland Primary was probably bogan central, before the estates in the south-west were built. Vermont Street was wall to wall bogans… Except we didn’t have the word then. Maybe we were lucky.

Maybe “there but for the grace of God go I” is not such a bad position; it doesn’t have to be patronising. We could try being a bit less judgmental about situations we do not really understand. And we could lend support to all those amazing people, probably mostly not politicians and journalists, who actually do something about it all.

The House of Bogan, manufacturer of T-shirts and hoodies, supports my views on the bogans’ ancient lineage.

Whilst the actual word “bogan” has only been in mainstream circulation for around 20 years, historic evidence points to the existence of bogans for many centuries past.  It is widely believed that the majority of the members in the first fleet to land in Australia were actually bogan prisoners from the United Kingdom.  Therefore, it appears that Australia was actually established by criminally insane bogans who enjoyed drinking, fighting and shooting.

he evolution of the bogan to that of what we know in the present day is largely believed to have commenced in the late 1970’s.  The children of ‘generation x’ form much of the current populous, whilst their offspring continue in the same mould as post-modernistic bogans.  The adoption of key elements such as the ‘mullet’, the flannelette shirt and the ‘trackie-daks’ are also indicators that the contemporary bogan gains inspiration from fashions of the 1980’s in the era of the ‘bogan renaissance’.

Unlike the populace at large, the average bogan is most likely born in Australia.

That brings me to the other strand here, Australia’s changing population. ABC reports:

A report from the Australian Bureau of Statistics has found that more than a quarter of people living in Australia were born overseas.

The report examined migration data for the financial year ending in mid 2008, and includes people who stay in the country for more than 12 months. Neil Scott from the ABS says it is the highest proportion of migrants in the population since the late 19th Century. He says the number of European-born migrants is declining, while the proportion born in Asia is rising.

"Traditionally the United Kingdom, which has remained the largest group, with 1.2 million calling Australia home," he said. "But it’s been declining over the years, so even though it’s the largest, it’s not as large as it used to be in terms of proportion. It’s closely followed by New Zealand, which have about half a million people living in Australia and then followed by China, which have about 314,000."

You can find the details in the ABS Report. I found it fascinating reading. Here’s just one item for you to think about:

Sally considered this too in her photoblog yesterday:

Did you know that 2% of Sydney-siders are Aboriginal, and 32% were born overseas? According to the 2006 census, United Kingdom, China and New Zealand are the countries of origin of most immigrants, followed by Vietnam, Lebanon, India, Italy and the Philippines.Most Sydneysiders are native speakers of English; many have a second language, the most common being Arabic (predominately Lebanese), Chinese languages (mostly Mandarin, Shanghainese or Cantonese), and Italian. Sydney has the seventh largest percentage of a foreign born population in the world,ahead of cities such as London and Paris but lower than Toronto and Miami.

An amusing visual rendition of the faces of Australia can be found on Faces of Sydney – we’re all bogans! In 2006 there was an exhibition of Faces of Sydney:

If you pop down to Custom’s House in Circular Quay, you’ll see quite excitingly this Faces of Sydney Exhibit. It’s that thing you may have read about where they digitally imposed the faces of some massive sample of Sydney-siders into each other…

Then they separate them into suburbs like Haymarket and Redfern…

Aussie City Life (link at the start of this paragraph) mocked up some faces from other parts of Australia. Quite funny really.

Having noticed the following search terms leading to Floating Life over the last seven days, I decided to try some unlikely searches of my own. Here are some of the Floating Life ones:

So I offer these to try in your favourite search engine:

An image search of the last one on Google yields this: 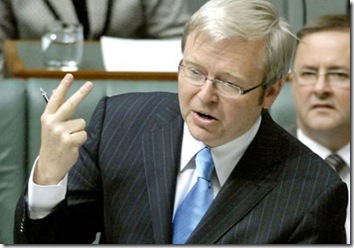