Pause for a pic 2

Took this on the way to Dr C’s this morning. (Just my monthly checkup and all seems well…)

Posted by Neil on December 16, 2009 in personal, photography, Surry Hills

Sunday lunch was at Alchemy, a newish Polish cafe-restaurant in Crown Street Surry Hills. Hungry Girl gives an account which Sirdan and I would agree with!

A Polish gem amongst the many fantastic restaurants along Crown St. The food and service were great and the prices were reasonable. Perfect if you’re looking for some hearty, comforting food during winter.

I ordered pork and Sirdan beef. Somehow we managed to eat each other’s dish rather than our own, but it was all good. 🙂 We also concluded that Polish people are rather good looking, to judge from some we saw…

Trouble is it isn’t winter – though that was a plus in the people watching department. In fact today may well have been the hottest November day on record in Sydney. At 3pm it was 42C at Sydney Airport. 1982 is the official record (41.6C). 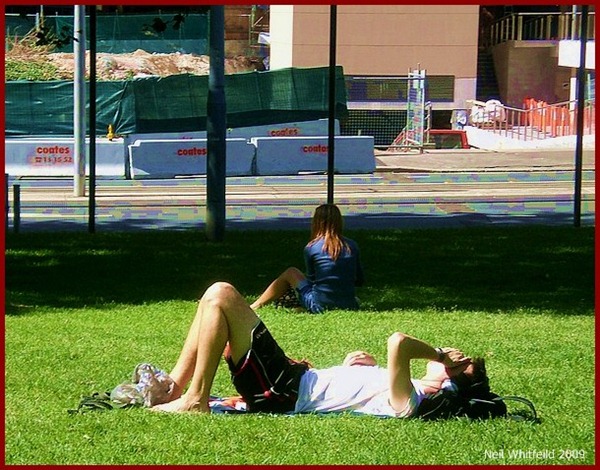 I am cloning this from Neil’s Sydney on Blogspot because I am really pleased with these pics and also with the behaviour of my Windows 7-ed computer! See more of this set at Afternoon spring light.

As mentioned yesterday I am now on Windows Seven, so now have the answer to The 2001st post — to seven or not to seven. The answer obviously is “yes”.

** Downloaded the software from ACER and fixed it! 🙂

Posted by Neil on November 9, 2009 in computers, personal

Sunday lunch, thanks to Sirdan, was rather swish.

It was at Longrain in Commonwealth Street Surry Hills.

Did you miss me?

Yes, computer trouble again. You see there was this system bug notice over the past week or so every time I booted up. I figured it wasn’t very important, but after a while I thought I would do something about it.

So I conscientiously backed up yesterday morning using the Windows backup tool, and a couple of others which proved as useful as tits on a bull, as they say in the country.

I then backtracked to before the bug started using System Restore. Then I figured I would install the backup.

Fine, the bug has gone. But some things didn’t work, so there was a spate of reinstalling programs yesterday. Sadly I still can’t get Live Writer to work though Live Mail and Live Gallery both work fine.

So here I am on an old friend, Flock — just to see how it goes. I used to use it a few years back. It has improved.

Back to serious posting shortly. But maybe I will go the whole hog and install Windows 7 after all… ??

Posted by Neil on November 6, 2009 in computers, personal, site news

And on and on…

Just about all day it has taken to finish bringing the ACER totally back. But here it is!

Posted by Neil on October 23, 2009 in computers, personal

Well here I am again

I have just finished and emailed the Aunty Beryl story to the South Sydney Herald and I have been to M’s to do something for him – he’s on a ship cruising around Australia at the moment. I have also been carrying on with rereading The Lord of the Rings – about halfway through, but most of my time has been spent restocking the ACER which went to the computer hospital for a successful operation yesterday.

I’ll tell you what happened. I managed to corrupt Vista, all by myself. It’s easy. Just forget to tick a box when creating a backup, especially if the box you fail to tick is the data disk. Then restore from that backup. Works every time!

There is a plus though. ACER comes with an ability to roll back to XP – and now it has. Yes, while you’re all out there contemplating Windows 7 I am retreating. I have to tell you the computer is very happy with the change.

Of course there are those updates which are still trickling in from Microsoft, but I can tell you a neat trick. IOBit Security 360 has a tool that downloads and installs all the missing Windows hotfixes from Windows except it does it a lot faster than Windows does. I discovered that a few days ago when I was running an older borrowed computer as a stopgap.

Soon I will get back to proper posting, but now to do the photoblogs.

One last thing: three of my coachees are now doing the HSC so they are no longer coachees. But a Year 9/10 one told me yesterday that they have a family friend with three kids who want tutoring, so that may work out well. The Year 9/10 is happy with me because he has just been promoted to the top English class.

Posted by Neil on October 22, 2009 in blogging, computers, personal

I have had a computer disaster and am using an older machine as a stopgap. More at another time.

Just now I have a bit on my plate:

Not that these are enormous burdens, but they do distract from blogging.

All in good time, people.

Posted by Neil on October 16, 2009 in blogging, personal, site news

Thinking today as my coachees approach D-Day for the HSC 2009 that it is FIFTY years since I was similarly placed. Oh my!

Now just 40 years before that and where were we?

Posted by Neil on October 10, 2009 in amazing, ex-students and coachees, personal

A rather powerful combination…

I’ll have more to say on Louis Nowra’s Ice later.

Today I get a jab

To quote Lateline last night: “It is said to be the biggest vaccine roll-out in the nation’s history. Twenty-one million doses of the swine flu vaccine are being given to patients across the country. But the program has not been without its critics.”

Dr C rang yesterday to say my dose is waiting. This morning at 10 I become a guinea pig. Apparently health workers, pregnant women and the elderly are first in line. I am perhaps in one of those categories.

Perhaps I will blog tomorrow. 😉

This is my second spoken post, but this time I used my digital camera to make the recording. I was drawn to what Davis has to say about Geoffrey Blainey. 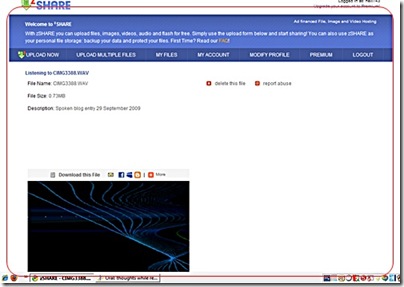