Category Archives: Cronulla and The Shire 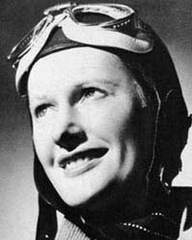 You may have seen the news: Aviation pioneer Nancy-Bird Walton dies.

She was the first pupil of  aviation great Charles Kingsford Smith when he founded a flying school in 1933. But she was so short she needed two cushions to see out of the cockpit and reach the foot pedals.

The first woman to gain a commercial pilot’s licence in Australia, she was named a Living National Treasure in 1997.

I am privileged to have met her in the late 1960s when I was teaching at Cronulla High School. She came one day as a guest of the school. The principal had a talent for attracting interesting speakers. I remember we also had Sir Edmund Hillary, and the Wayside Chapel’s founder Ted Noffs.

Posted by Neil on January 14, 2009 in Cronulla and The Shire, inspiration, memory, personal, reminiscences, reminiscing

Two interesting items have come my way in the past few days.

The first is in the Autumn/Winter 2008 Dissent, an Australian magazine edited from Canberra by Kenneth Davidson and Lesley Vick.

Julian C.H. Lee compares the Cronulla riots and the way they were reported and used as a backdrop to the protests in Camden against the building of an Islamic school with the 1969 race riots in Malaysia which have been used as a threat to justify maintenance of the privileged status of Malays in Malaysia.

END_OF_DOCUMENT_TOKEN_TO_BE_REPLACED

To Wollongong with Sirdan — more than the usual Sunday lunch

Sirdan’s new VW Golf Polo Match — generic pic above — is beautiful to ride in, and amazingly quiet too. Conscious this was a trip we had engaged in hypothetically with Lord Malcolm last year, and given today would have been his 51st birthday, we set out to explore at last the road bridge at Scarborough south of Sydney.

END_OF_DOCUMENT_TOKEN_TO_BE_REPLACED

Posted by Neil on May 25, 2008 in Australia, Australia and Australian, Cronulla and The Shire, memory, personal, Sirdan, Sunday lunch

First, a Meet a Blog: uncertain dogma. From one of David Clark’s pages there I have taken this:

There is much I can respect and relate to in David’s approach to faith and philosophy.

END_OF_DOCUMENT_TOKEN_TO_BE_REPLACED

Posted by Neil on May 17, 2008 in Australia, Australia and Australian, Bible, challenge, Christianity, Cronulla and The Shire, faith, faith and philosophy, fundamentalism and extremism, Gay and Lesbian, gay issues, inspiration, religion

Fascinating series of articles in the Magazine of The Weekend Australian today.

In 1968, the counter-cultural revolution finally hit home. Richard Guilliatt asks a group of Australians on the frontline to recall how their world was changed.

As 1968 dawned in Australia, the Liberal Party was about to enter its third decade of political power and Johnny Farnham’s chirrupy ode to domestic help, Sadie the Cleaning Lady was topping the pop charts. By the end of the year, Martin Luther King and Senator Robert Kennedy were dead, riots had torn apart Paris and Chicago, Russia had invaded Czechoslovakia and the Tet Offensive had devastated the US war effort in Vietnam,

For Australians, who absorbed these tumultuous events via the grainy, black-and-white TV images and crackling radio news bulletins, it was a year of confusion and contradictions. The hippie utopianism of the Summer of Love had barely taken root here in 1968; LSD was hard to come by outside Sydney, and the first psychedelic “happenings” were only just being staged. Conscription was beginning to galvanise the anti-war movement, and the jailing of draft resister John Zarb sparked street marches through Melbourne, but the massive Vietnam moratorium marches were still years away.

In a way that was quite distinct from Britain or the US, 1968 was the year the Sixties finally hit Australia, as the counter-culture’s most idealised hopes and worst fears came crashing through at the same time. Here seven Australians remember what those days were like…

END_OF_DOCUMENT_TOKEN_TO_BE_REPLACED

Posted by Neil on January 5, 2008 in Australia and Australian, Cronulla and The Shire, culture wars, diversions, events, ex-students and coachees, History, reminiscing

I began life as a resident of The Shire and continued as such for my first quarter-century. I was, so far as I was political at all, a supporter of the Liberal Party in early adulthood. I was a religious conservative. I even subscribed to Quadrant, though I would venture to suggest the Quadrant of the 1960s bore small resemblance to the Quadrant of today. I supported, at first, the Vietnam War.

In due course I changed my mind about the Vietnam War, but always felt the extreme left’s take on it was hyperbolic and in its own way bigoted. The treatment of soldiers returning from that war in the early 70s was disgraceful. As I went into my teaching career I began to see through the conservative religion to the pit of absurdity at its heart, leading to a considerable (but useful) period in the wilderness in that regard. I became involved, in a small way, in the Teachers’ Federation and came to see the value and necessity of the trade union movement.

In 1972 I voted for Whitlam. Since then I have tended to favour Labor, the sadly dying Democrats, or The Greens, or, on occasion, Independents.

I have learned much from some left-wing, even Marxist or neo-Marxist, writers without ever being or even wanting to be a Marxist. Like Bruce I read Karl Popper’s The Open Society and its Enemies (or some of it), and Orwell, and S I Hayakawa’s Language in Thought and Action. Take just one quote from Popper:

END_OF_DOCUMENT_TOKEN_TO_BE_REPLACED

The Mine and the Islamists: cause for concern?

This back link to last year is vital background to what follows. Naturally the links therein to Diary-X no longer work, but I will shortly post the relevant items on my Angelfire blog and reset the links.* The gist: the article above discusses the visit by some interesting people to my former place of work. See also another August 2005 entry, Indigo Jo Blogs Patrick Sookhdeo on moderate Islam.. I have been able to correct the links on that one.

I urge you to read those articles, and also not to jump to conclusions when you read what follows. I do not feel threatened, but I do feel concerned.

Unfortunately, in my opinion, the Islamic Students Society at The Mine has made some connection with clearly Islamist groups. I have just read a Wikipedia article, currently being considered for deletion, written by some of the students themselves.
END_OF_DOCUMENT_TOKEN_TO_BE_REPLACED

Comments Off on The Mine and the Islamists: cause for concern?

Posted by Neil on March 17, 2006 in Australia and Australian, Cronulla and The Shire, current affairs, education, ex-students and coachees, faith and philosophy, fundamentalism and extremism, Islam, Multicultural, Political, Salt Mine

This is on tonight at 8.30; it should be very interesting.

One Sunday last December, 5000 Australians gathered at Cronulla, singing and waving the national flag as they “reclaimed” the beach. Fuelled by drink, the crowd became a mob, hunting down and beating anyone who looked Middle Eastern.

That night and the next, carloads of hundreds of young men of Middle Eastern descent headed for the beach suburbs to launch similarly random and savage acts of revenge.

The shocking TV images flashed across the world. At home, Australia’s ugliness was disowned as “un-Australian”. Political leaders called it a problem of law and order rather than racism.

So what should Australians make of the Cronulla explosion? Was it a nation-defining event that should sound the alarm about growing racial division? Or was it something less, a turf war, or a clash of tribes that some have likened to the ’60s rumbles between rockers and surfies?

END_OF_DOCUMENT_TOKEN_TO_BE_REPLACED

Welcome to the Newtown Precinct

I now have a strange machine called a holter taped to me; it will record all my heart gets up to for the next 24 hours until I go back to Royal Prince Alfred Hospital to get it removed. Just outside the hospital I ran into, and spoke to, Professor Brian McCaughan, still very recognisable, who was a member of the Class of 1968 at Cronulla High, my first teaching post. I have of course heard of him, but have not seen him since 1968. That was nice. Kind of ironic though, given he is a member of the Australasian Society of Cardiac and Thoracic Surgeons, among other distinctions. Some of the most brilliant people I ever taught were at Cronulla High, but then the opposite was also true…

END_OF_DOCUMENT_TOKEN_TO_BE_REPLACED

Comments Off on Welcome to the Newtown Precinct

Posted by Neil on March 7, 2006 in Australia and Australian, Cronulla and The Shire, ex-students and coachees, local, personal

…Then the enforcer, Tony Abbott, brought the hammer down on Martin Pakula, the Victorian secretary of the National Union of Workers, who is part of the coup and was busy stacking Crean out of his seat.

Abbott: “Mr Pakula may be very appealing to Cambodian-speaking people, who are just 2 per cent of the electorate of Hotham but 30 per cent of the Labor preselectors of Hotham … he [Crean] still has the Greek branches but he has lost the Spanish branches, the Vietnamese branches as well as the Cambodian branches. I could not help but think, ‘Are there any Australians left in the so-called Australian Labor Party?'”

END_OF_DOCUMENT_TOKEN_TO_BE_REPLACED

Comments Off on Paul Sheehan misses the point

This forum* and its accompanying site are well worth visiting, especially given the hysteria that continues to infect the media, and thereby the rest of us including politicians competing for testosterone awards and votes. This particular page honours Scott Poynting who is, as you will see on that link, an ex-student of mine, I am proud to say. The occasion for the forum was the launch in 2004 of Bin Laden in the Suburbs: Criminalising the Arab Other by Scott Poynting, Greg Noble, Paul Tabar and Jock Collins, which I haven’t yet read, a follow-up to Kebabs, Kids, Cops and Crime (2000) which I have read and commend to all.

"Our shared, core values are but a myth underpinning this new racism" — SMH — Laksiri Jaysuriya

I have obviously found non-blogging insupportable, but I will be cutting back…

Today’s opinion piece by Laksiri Jaysuriya does raise an important issue. There has been no doubt about the ideological shift in multiculturalism as conceived by our present government which went out of its way in its first four years to avoid the term. See Revision or Ideological Makeover? Floating Life on “Face the Facts” for a clear demonstration of this.

Comments Off on "Our shared, core values are but a myth underpinning this new racism" — SMH — Laksiri Jaysuriya

Howard out of touch on racism

This poll in today’s Sydney Morning Herald is so remarkable, and to me so encouraging, that I am breaking my break, if you know what I mean, to share it with you.
END_OF_DOCUMENT_TOKEN_TO_BE_REPLACED

Comments Off on Howard out of touch on racism

My politically incorrect recall of the Sydney of my childhood.

Ah, 1955, when I started at The Mine as an eleven-year-old! Sydney was great then. It had trams. It had trains that ran on time. Some of them had steam engines. My brother had a shotgun wedding; teenagers did that sort of thing then. Or some did. The Sutherland Odeon Cinema was at its height. There was no TV. The Argonauts Club was still on 2BL, and Blue Hills still kept everyone enthralled at 1 pm. Australia was busting at the seams with nine million people, not counting Aborigines who were of course not counted and couldn’t vote anyway. Balts and Dagos were just beginning to move into Sutherland Shire. That was a worry. Various no-hopers from the inner suburbs, where the criminals and what was left of the razor gangs lived amid smelly factories and smoky railway yards, sly grog shops, brothels and corrupt police, were being transplanted to The Shire and those mysterious blank spaces out near Riverwood.

END_OF_DOCUMENT_TOKEN_TO_BE_REPLACED

Comments Off on A la recherche du Sydney perdu